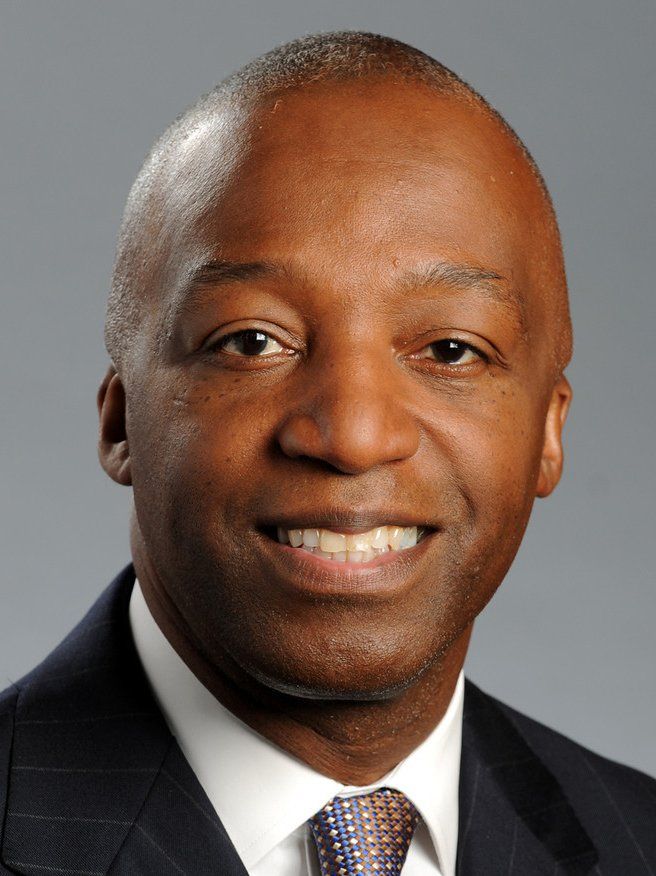 Billy Mitchell was overwhelmingly elected to his first term on the City Council of the historic City of Stone Mountain in 1995 and was then unanimously selected by his colleagues to serve as mayor pro tem (vice mayor). He also served as chairman of the Finance Committee, where he led the City to “outstanding financial status,” as reported by independent auditors. He held the distinction of having sponsored more legislation than any other then present council member, including the legislation permitting the City’s erection of the “Freedom Bell” commemorating Martin Luther King, Jr.’s exhortation to “let freedom ring, even from Stone Mountain of Georgia!” in his immortal “I Have a Dream” speech.

Because of his penchant for service, Billy offered himself as a candidate for the Georgia General Assembly in 2002. As the Democratic nominee for the Georgia House of Representatives, he was elected that November with over 70 percent of the vote to represent what is now the House District 88. His constituents reside in most of Stone Mountain, parts of Tucker and Lithonia in DeKalb County and parts of Gwinnett County. Upon his swearing-in, among the committees the Speaker of the House of Representatives appointed Billy to include, he was designated to serve as secretary of the Congressional & Legislative Reapportionment Committee, which is unusual for a first-term legislator to serve in a leadership capacity on a standing committee.

Further making history, he was elected by his peers to serve as secretary of the powerful Georgia Legislative Black Caucus, becoming the first freshman legislator to serve as an officer of the largest legislative Black caucus in the nation. He also became the first freshman member of the General Assembly to serve on a legislative oversight committee when he was appointed to Georgia’s Recreational Overview Committee, which is responsible for the legislative and policy oversight of the state’s parks and recreation facilities, which includes Georgia’s most visited facility, Stone Mountain Park.

For his distinguished service, which includes sponsoring more legislation signed into law during his first term then any other freshman legislator, including the landmark legislation that allows “advanced voting” in Georgia, his colleagues selected him to receive the Georgia Legislative Black Caucus prestigious “Freshman Legislator of the Year” award.

Billy presently serves on the powerful Health & Human Services Committee, as well as the Banks & Banking and Regulated Industries committees. He has also been appointed to serve as assistant whip of the Minority Caucus. His meteoric rise in the State Legislature was recognized when, in just his second term, his colleagues selected him to receive their highest honor, the Georgia Legislative Black Caucus’ “Legislator of the Year” award, joining the ranks of previous award winners that include, U.S. Congressman Sanford Bishop, Attorney General Thurbert Baker and Georgia Labor Commissioner Michael Thurmond.

Billy also serves as host of the topical radio talk show, “Community Forum with Billy Mitchell,” which is heard on 91.9FM, WCLK by a growing audience of over 120,000 listeners in the metropolitan area. Some of his guests have included President Bush cabinet member Christine Todd Whitman, U.S. Ambassador Andrew Young, Atlanta Mayor Shirley Franklin and Reverend Jesse Jackson among many others. Billy’s record of service is longstanding, having previously served as chairperson of the DeKalb County Cable Television Advisory Board (responsible for the negotiation of the County’s multi-million dollar franchise agreement) and member of the DeKalb County Zoning Board of Appeals, both appointed by the Board of Commissioners. He has also served as president of the Countryside Manor Homeowners Association, Policy Board Member of the Regional Business Coalition and president of the DeKalb Municipal Association, whose membership includes all the municipally elected officials of DeKalb County. Selected as a delegate to the last three National Democratic Conventions, he is also a past-president of the Airport Area Chamber of Commerce, as well as past-president of the South Fulton Rotary Club, where he led them to “Distinguished Club” status. He also presently serves as a member of the Democratic Party of Georgia’s State Committee; and chair of the Government Affairs Committee of the 100 Black Men of America DeKalb County Chapter, among many other affiliations.

A frequent public speaker and writer, Billy has authored several articles that have appeared in various newspapers and magazines. He has served as a lecturer at the Kennesaw State University, Burris Institute for Elected Officials, as well as lectured on Political Science at the Clark Atlanta University. He is also a contributor to the best selling book, “Keeping the Faith: Stories of Love, Courage, Healing and Hope” by popular author, radio and television personality, Tavis Smiley. The book was recognized as the “Best Literary Work for Non-Fiction,” at the nationally televised NAACP Image Awards.

Billy is married to the former Shawn Evans, a previous “Miss Norfolk State University” and present college professor. They have two children, a daughter, Maya, and son, Sean, and are very active members of the Saint Philip AME Church, a nearly 8,000-member congregation in Decatur, where he also serves as an officer.

Browse this website and share your experience with others. Billy Mitchell is all about community, and helping everyone
to grow and prosper. Leave your information with us, and we'll keep in touch with you.